Once one examines the statistics that lie behind incarceration rates and juvenile justice, it becomes impossible to ignore that juvenile justice is an issue inseparable from racial injustice.

Take this series of statistics, for example:

Racial injustice lies at the core of the juvenile system.

In California, it's more of the same: over half of all those convicted for felonies are Latinos, while whites make up less than a quarter of California's prison population—despite the fact that both races are estimated to have similar rates of criminal activity.

Add onto this the fact that once minorities, the poor, or those raised in difficult backgrounds are tried in court, they don't have access to the caliber of lawyers which those from more privileged backgrounds do. As a result, the majority of the youth incarcerated in juvenile prisons are at a constant structural disadvantage—one that they were born into, one they were raised in, and one that systematically enforces racism.

This is why juvenile justice is so important. It offers a means by which to correct a system which perpetuates the oppression of marginalized groups.

As such, YES believes that the juvenile justice system should be transparent—it should be clear about its intentions, and always engage the community in the creation of plans centered around rehabilitative and restorative measures as opposed to retributive justice, which results in recidivism rates of around 70 percent—a shocking number, considering that the purpose of correctional centers is to correct.

Of course, our message must be full-picture. There are youth who should be in secure care systems. We recognize that. But only 2 percent of incarcerated youth are in juvenile systems for violent crimes.

Furthermore, for this minority, we believe that the juvenile justice system should create a better secure care model that keeps incarcerated youth close to home. In that way, those who require a secure care center are able to remain in their own communities. If the center thrives, the community thrives around it too, and youth are reintegrated into a community that is growing along with them rather than returning to a community left in poverty.

As a whole, YES hopes to unveil the narrative of the juvenile justice system, and of the need for immediate reform and transparency. In that way, we shape a community that is developmental rather than punishment-oriented, and in turn, shape a rising generation of leaders rather than marginalized victims. 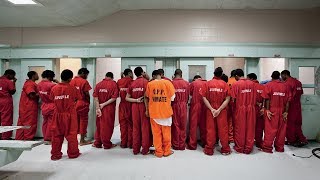 YES Begins the Conversation on Gang Violence and Juvenile Justice 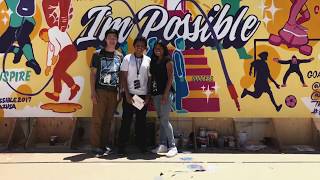 YES Begins the Conversation on Gang Violence and Juvenile Justice

Screening of "They Call Us Monsters" and Panel